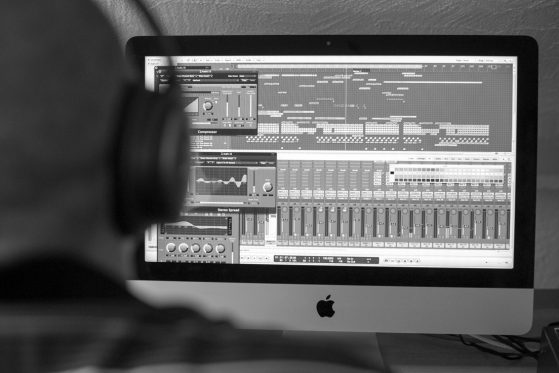 How I Make Beats

I have been using Logic Platinum Music Production Software since the late 90’s. It was very expensive and took days sometimes to get everything working with my sound card and cables. Since Apple made Logic Platinum Pro X exclusive, you can buy the app for a mere $200.00 and have it up and running to produce your first beat within an hour of online purchase…what a time we are living in.

There are other programs like Cubase or Pro Tools but I prefer Logic. Sometimes I start with drum sounds and layer different instruments on top to make a beat. This is a very common technique. Other times, I start with a hot sample and build on that with the drums and different instruments. Since I do remixes with all types of acapellas. I sometimes build on the acapella adding drums and various instruments. If the acapella is a rap I am not limited to what keys and harmonies I play. If it is a singing acapella then I have melodic guidelines to adhere to, so that my song is not off key with the vocals. To make more obscure beats I use bits of songs in a sampler or directly play little parts from vinyl, Serato Scratch Live or Blue Rays.

To make the beats different, I might have a mic recording weird things like dropping silverware, hitting a Nunchuku (Bruce Lee’s weapon of choice) on a tabletop or running a stick along a fence to make unique percussive sounds. You come up with the coolest sounds when you take sounds from different sources. Sometimes I might work on a single sound for a few hours playing it in and tweaking it, but if it doesn’t enhance the song ,  I will take it out. I don’t want to hear a part in a finished song that I should have fixed, a few years  later and be like …I wish I would have changed that. I always hated going into studios and hear the producer or technician say “That’s ok” or “That’s good enough.” Every sound should be hot and why should I just settle for anything or a lazy studio technician trying to rush me with bad advice. After all, I’m paying for it!

Check back in for more tips on How I Make Beats!