He founded his first group “Reality”, featuring Terry McClain, writer of the “Rawsilk” hit, “Do it to the Music”. 1984- He recorded “Bitches” with a Texas-born singer named Mia. He also did the raps on this unreleased recording.

He went to Llorett de Mar, Spain, where he worked in several discotheques, including famous clubs like “Hollywood”, “MoefGaga” and “Revolution”. 1987- He played in different clubs in Germany, Luxembourg and France. Later that year, he won the preliminaries in the German D.J. championships hosted by O.M.D.

He won the O.M.D. German finals and made it to the finals to the DMC Championships. 1989- Qualified as Top Ten DMC Championship Finalist. During this time, Frankfurt-based producer, Rebel X and Superjam founded a group of D.J.s, M.C.s, and Dancers called, “Black Angels”. They performed at the MTV Swatch Euro Road Show, which was televised in the U.S. The “Black Angels”featured future stars Marlon B. (Söhne Mannheims), D-Flame, AK Swift, Ebony Prince and J-Flex (Death Row Records), who wrote the Dr. Dre hit, “Keep their Heads Ringing” seven years before it´s release!

Black Angels moved to Frankfurt, where they performed more than fifty shows within the next three and a half years. They were present in Advanced Chemistry´s controversial video “Fremd Im Eigene Land”. That year Superjam again qualified in the DMC Championships. This time In the Top Five against World Champion David Fascher. The same year he and HR3 Radio D.J., Chilly T were chosen to represent Germany in the European championships in Majorca, Spain. 1992- Superjam produced his first record release from the Black Angel group called “Cellar Dweller” with the song “Rugged Discipline”, released on the HipHop Hurrah-Rap gegen Rechts compilation. B.A performed with Gangstarr that year. 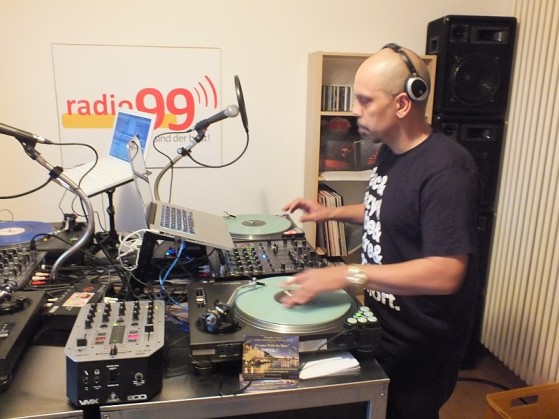 Superjam organized a rap concert in the Virgin Megastore, FFM featuring various artists from the HipHop Hurrah album. Later that summer, he organized the Open Air Hip Hop Festival/Graffiti Exhibition “Rap Against Racism”, with Top Hip Hop acts from all over Germany. Groups such as “Absolute Beginners”, “Die Coolen Säue, most of the Frankfurt crews and Many more were invited to fill the twelve hour slot. This entrance Free Open Air Festival, the First of it´s kind in Germany was held on Frankfurt am Main´s Konstablerwache and had an Attendance of over 2,000 people. He Dee Jayed at the Reggae Festival “SUMMERJAM, 93” with D. Flame and also at the Masters of Rap Concert in Frankfurt. He was contracted by “VPRO”, a national radio show in Holland to make several megamixes which groups such as “Beastie Boys” doing live interviews. This show had the largest response of Hip Hop listeners, 250,000 in the Benelux alone.

Superjam appeared live on VPRO with his new group, “Prophets of Rage”. He D.J.ed and Produced for this group first under the WEA sub-label Königs Haus, then switched labels to the Sony Music label Four Music. During these years Prophets of Rage did tours with Megavier, Coolio and Die Coolen Säue they were present in the Famous Number 1 video, “Sie ist Weg”, Fantastische Vier. During this time, Superjam also produced and composed the song, “Pilz- Köpfe” on Thomas D.’s solo LP. 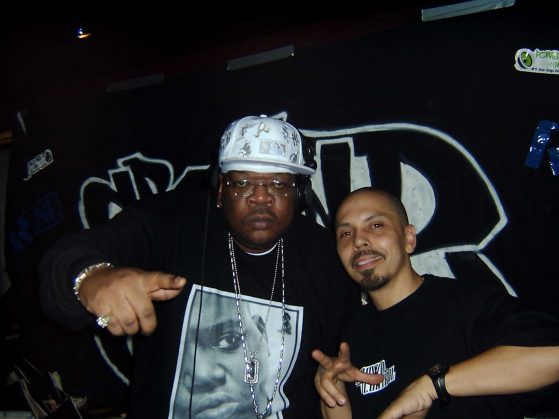 Superjam performed as an opening act and for after show parties for some of the biggest names in the industry (Eminem, G-Unit, Snoop Dogg etc.). Superjam had worked with Big Sia of Heavyrotaion.net, the biggest booker of hip hop and R&B shows in Europe. He worked on radio shows( 98.8 KISS FM , BIG FM , JAM FM and PLANET RADIO ) and allstar compilations with all the top U.S. DJ´s brought over to Europe (Spinbad, Kid Capri, DJ Cash Money, DJ Kool, Green Lantern and Fatman Scoop to name a few)..He opened for De La Soul. 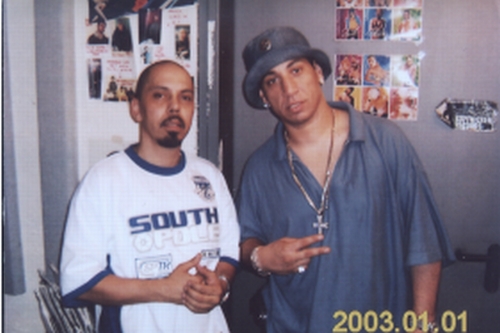 Superjam opened for several concerts including Redman & Method Man, Camp Lo, DJ Unk, Keith Murray, Lil Jon, Fatman Scoop, Mele Mel, De La Soul and The Sugarhill Gang, etc. He also performed at the Splash Festival on the main stage with Scratch from The Roots and at the Rock Am Ring Festival.

Back in the studio in 2013 til 2016 , he has remixed dozens of songs and has a good following online. In 2016- 2017  Superjam had 12 remixes place in the Top 10 DJ Remixes on Funkmaster Flex’s Franchise Record Pool (NYC) Three of them were at the #1 position for a total of five months and are currently still being downloaded and played by world class DJs. Beginning in 2012 Superjam made radio mix shows for Groovetime radio, Antenne Radio and Kizz FM.  Superjam and fellow DJ, Chilly E as well as doing a joint production, have been doing numerous successful old school parties, by the names Soul Jam, Oldschool Jam and the Top Hat Revival. From 2017- 2018 Superjam has been working on a project with several multi-talented Artists due for release in the early 2019! He is co-founder of a New record label and is releasing music shortly. more info on www.unichordmusicgroup.com